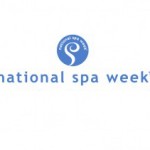 What better reason to treat yourself this week than to celebrate National Spa Week.

From the 3rd to 7th November 2014 UK spas and salons will be taking part in National Spa Week (NSW), an annual nationwide campaign organised by the UK Spa Association aimed at increasing awareness of the mental and physical benefits regular spa treatments can bring.

During this week, spas and salons up and down the country will be offering visitors exciting new spa packages, exclusive deals, competitions to win a whole host of spa goodies and participation in a range of fundraising events in aid of this year’s partnered charity, the Macmillan Cancer Trust. There will be spas and salons to suit all requirements from destination spas such as Rockliffe Hall in Co Durham, Ragdale Hall in Leics and The Mere Golf Resort & Spa in Cheshire, to city spas such as the Langham Hilton, K Spa at K West, Spa Verta and Thai Square in London. 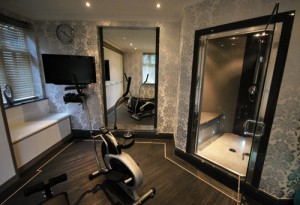 At Versital we have been aware for some time of the health benefits of taking the time to relax and unwind as advocated by health professionals. We help clients to create a spa like environment in their own home. Designers and home owners alike use Versital resin surfaces to create features such as large walk in shower areas with seats, and sleek, modern bathrooms which are easy to clean. Versital resin shower panels and bespoke shower trays can also be used to create Wetrooms with steam generators for a real spa experience. 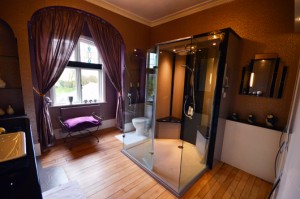 Versital resin shower panels, made to measure shower trays and vanity tops are amongst the favourite products used to create fresh and modern spa like bathrooms in clients own homes. Choose from traditional spa materials such as cultured marble and granite, to the more modern glamour of high gloss sparkle. Versital products are all custom made to order from the highest quality stone resin.

For help using Versital to create your own spa experience at home, or a luxury bathroom, please call us on 01204380780. Alternatively contact us via our online form.

Get a quote for any product FAST!